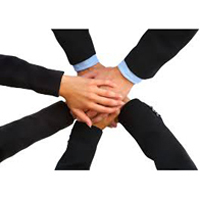 EXTEND consortium brings together six (6) partners from four different countries (Germany, Iceland, Spain and United Kingdom) on the basis of the multidisciplinary expertise and trans-nationality required for meeting its ambitious objectives and ensuring proper exploitation of results, mostly technologically and scientifically, but with an innovation perspective.

The Spanish National Research Council (Consejo Superior de Investigaciones Científicas, CSIC) is the largest public research institution in Spain and the third largest in Europe. The mission of CSIC is to promote, coordinate, develop and spread scientific and technological research of a multidisciplinary nature, with the aim of contributing to knowledge, economic, social and cultural development.

CSIC leads institutional relations with research institutions and entities from a growing number of countries, and actively participates in the construction of a European Research Area. It has considerable experience in both participating and managing R&D projects and training grants. CSIC will be represented in EXTEND by two research centres: Cajal Institute and the Institute of Philosophy.

The Department of Bioengineering at Imperial College London (http://www.imperial.ac.uk) is leading the bioengineering agenda both nationally and internationally, advancing the frontiers of our knowledge in the discipline’s three main areas: Biomedical Engineering (Developing devices, techniques and interventions for human health), Biological Engineering (Solving problems related to the life sciences and their applications for health), Biomimetics (Using the structures and functions of living organisms as models for the design and engineering of materials and machines). The Department’s staff comes from diverse academic disciplines including all main branches of engineering, physical sciences, life sciences and medicine, creating a rich collaborative environment. Housed in substantial purpose-built space within the historic Royal School of Mines and its adjacent Bessemer buildings, the Department boasts state-of-the-art laboratories, including ‘wet labs’ for cell culture, chemistry, histology, flow studies, biosensors and electrophysiology, biomaterials, molecular biology, and high throughput biological screening; as well as ‘dry labs’ for modelling, electronics, imaging and mechanics. The space has been designed to promote greater interaction among researchers – just what is needed for the interdisciplinary field that is modern bioengineering.

The UPF was established as a public university in 1990 in the city of Barcelona. Committed from its beginnings to the pursuit of excellence, it holds 22 undergraduate programs, 25 master programs and 9 doctoral degrees in the fields of biomedical sciences, social sciences and humanities and information and communication technologies. The UPF serves nowadays over 11500 students, around 25% being international. Despite its short history, and the reduced size in comparison with the other Spanish Universities, the UPF is at the forefront of research as an internationally recognized contributor to state-ofthe- art in several of its areas of interest. The UPF consistently leads Spanish Universities in terms of both scientific productivity and academic efficiency. It has been recently ranked as the 15th highest university of the top 150 universities under 50 years old (THE2016) and 5th among young universities in the world that progress most quickly (THE2015, Young Universities Summit). The UPF is also ranked 9th in Europe (Multirank 2015) and 1st in Spain in teaching and research performance (U-Ranking, BBVA Foundation & Ivie, 2016).

Operating in the international growth markets for life sciences and medicine/(bio)medical engineering, since its foundation in 1987/1992 the Fraunhofer Institute for Biomedical Engineering (IBMT) has worked primarily as a technology developer and device manufacturer for customers from all over the world. As a founding member of the Life Sciences Group of the Fraunhofer-Gesellschaft the Fraunhofer IBMT cooperates closely with its industrial customers as well as public and private customers in the business areas of laboratory technology, theranostics and medical engineering. The IBMT’s strategy is focused on the areas of biomedical/medical engineering (especially non-invasive and minimally invasive as well as miniaturized technologies), biotechnology, implants, cryotechnology, biobanks and stem cell research. Trend-setting automated laboratory technologies, the development of mobile special laboratories (S3, GMP, GCLP, etc.) and information technologies for healthcare solutions round off the portfolio of the Fraunhofer IBMT. Decades of expertise in biotechnological and medical research and development fields also allows us to solve a variety of purely technical tasks. This includes ultrasound-based level metering, special transducers for acoustic applications, but also microelectrodes and miniaturized manipulation systems as well as automated in vitro culture devices.

With a good balance between basic and applied research, the institute promotes the “lived” technology transfer in medicine and biotechnology, laboratory technology, food, chemical and pharmaceutical industries and environmental technology as well as in other areas of industry and knowledge-intensive services. 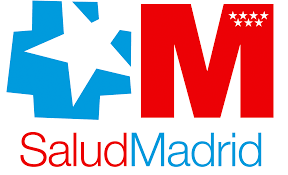 Össur was founded by Össur Kristinsson a prosthetist and an amputee, the company originally started life as a prosthetic clinic in 1971, steadily building itself a world-class reputation for the design and production of prosthetic liners, sockets and locking systems. At the forefront of research and development, it has pioneered silicone technology to great effect. Building on that tradition, Össur has added numerous life-changing products to its portfolio, dynamic braces such as the Unloader One® to relieve the pain of osteoarthritis, and the unique prosthetic foot PROPRIO FOOT®, the world’s first intelligent prosthetic foot incorporating Bionic Technology. Össur currently holds around 1100 patents and 400 patents are pending. R&D is a core function at Össur and the company policy is to use 5-6% of annual turnover on R&D, currently more than 120 persons are working on R&D, located in Iceland, France, and USA. Össur’s head office is in Iceland.

From year 2000, Össur has expanded significantly through acquisitions and inner growth and now combines a broad range of products, offering customers total solutions to meet individual needs. Currently, Össur employs close to 2500 persons worldwide and the turnover in 2015 was around 500 Million US$. The company operates a strict and effective quality control system meeting all ISO 13485 requirements and has recently incorporated an EMS system according to ISO 14001. Ossur participates in the work of ISO TC 168 on creating testing standards for prosthetics. Additional information can be found at http://www.ossur.com

SESCAM is the Regional Health Service of Castilla La Mancha (CLM). It was created in 2002 to give a health public coverage: universal, equitable and integrated. The region has just over two million people and SESCAM aims to provide quality health services to CLM population. The regional health system is organized in 8 health areas that manage 16 hospitals (5,154 beds), 199 health care centres and eight of intermediate care centres which employ 25,000 people. The Regional Health budget reaches 2.7 Billions of Euros (28% of Regional Total Budget). Since its inception the SESCAM opted for ICTs, result of this, is a system that integrates with high efficiency, information and health assistance, that results in a decrease of care GAPs. The SESCAM has experience in managing research projects of international calls: NEURIMP, RESSTORE, FRAILOMIC, AIDPATH, PUMA, BioMot between others. The Hospital Nacional de Parapléjicos (HNP), established in 1974, is the biggest Spanish centre dedicated to the rehabilitation of patients with neurological but a special focus on spinal cord diseases. This Hospital belongs to SESCAM and has a specific department dedicated to basic, clinical and translational research since 2002.

The Institute of Philosophy was created in 1986 with the clear vocation to cultivate practical philosophy in a broad sense and in its relationship with the sciences, culture, and society. Ethical, political and legal reflection, philosophy of history and religion, philosophy and history of science, studies of science, technology and society, as well as gender studies, public ethics, bioethics, ethics and ICT, migrations, multiculturalism, and disability studies, constitute some of its thematic topics, characterized by the interdisciplinary nature of philosophical thinking.